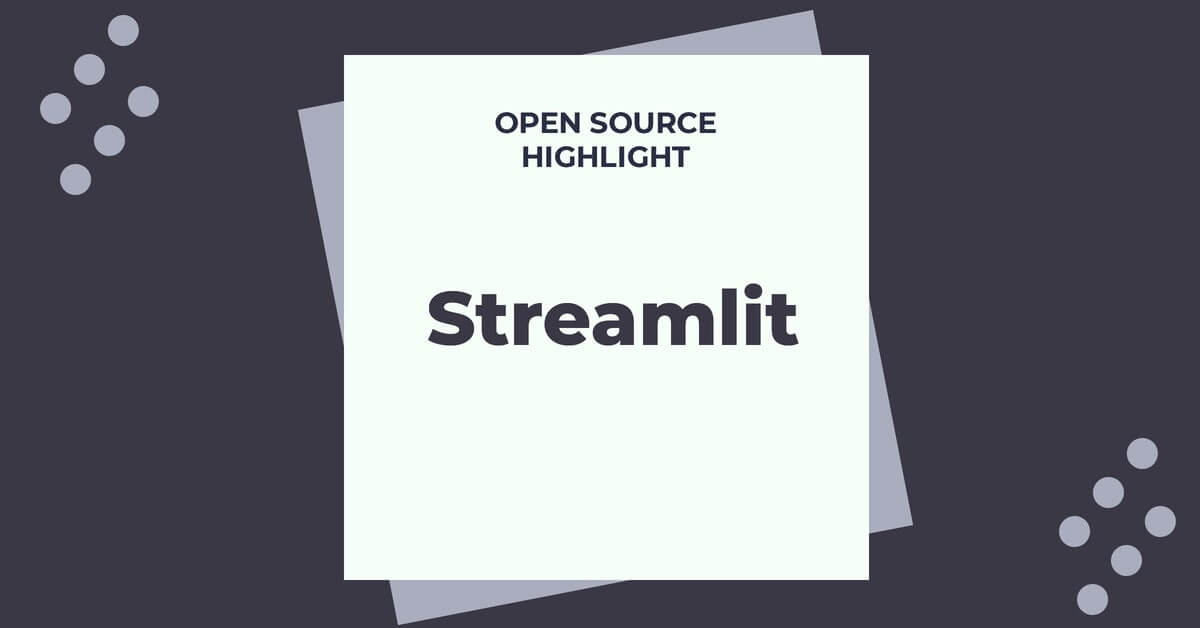 Streamlit officially launched out of beta on October 1st, 2019 with the promise to "turn Python scripts into beautiful ML tools." On the same day, Google's AI-focused venture fund Gradient Ventures announced its investment into the startup, which has since then attracted a considerable amount of attention despite its young age.