In this blog series leading up to our SF18 conference, we invite our featured startups to tell us more about their data engineering challenges. Today, we speak with Amberdata, an early-stage company building analysis tools for blockchain infrastructure, applications, and transactions.
Q:  What surprised you most as an engineer about the work you did that you'll be telling us about in your talk?

Shawn Douglass: Mainly two things: First, getting meaningful analytics require us to collect data on and off the block. Second, the ecosystem is still very young, and we see a (fragile) balance between cutting-edge new research (consensus algorithms) and other problems which have been solved for a few years already.

Q: What do you think a listener will get out of this this talk vs. other talks on distributed data processing and data versioning that they've previously heard?

Shawn Douglass: We’ll do a deep dive into some of the mechanics of Ethereum, and how we can apply some well known processing and analytics techniques to the world of blockchains.

About the Startups Track

The data-oriented Startups Track at DataEngConf features dozen of startups forging ahead with innovative approaches to data and new data technologies. We find the most interesting startups at the intersection of ML, AI, data infrastructure and new applications of data science and highlight them in technical talks by their CTOs and lead engineers who are building these platforms. 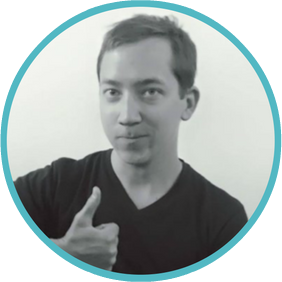 Robert is a seasoned software consultant with a decade of experience shipping great products. He thrives in early-stage startup environments, and works primarily in Go, Python, and Rust. He has led backend development at companies like RankScience and Spot.com; created a rigorous, open-source time-series benchmarking suite for InfluxData; and rapidly prototyped software in a skunkworks-type product lab. He’s taught graduate statistics at GalvanizeU and mentored at the Stanford d.school. He helps maintain Google’s FlatBuffers project, one of the world’s fastest serialization libraries. A colleague once described him as “the developer equivalent of ‘The Wolf’ from Pulp Fiction."